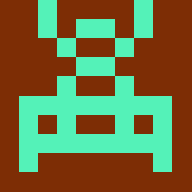 A few weeks ago, I was lucky enough to be among the first to use the Reid Studio for a mastering session, of Sllt., my Masters dissertation work. I had an interesting task to achieve: take a stereo recording made in the box in my home studio and use the Reid to master it through analogue outboard equipment, while at the same time applying performed reverberation in the centre, left surround and right surround channels of the surround system. I would then create a final 5.0 version of the piece, and also a stereo mixdown from all five channels. So the idea was to go from two channels up to five, using both analogue and digital processing, and then bring it all down back to two, something the Reid is ideally suited to. (Bear in mind when I’m discussing routing issues that the Lynx and TC Konnect described in Michael’s post below were not installed at the time of these sessions.) Here’s the finished stereo piece.

The first thing to do was perform the reverb channels. Because I was using Max/MSP to dynamically send the existing stereo recording to the reverb, and Max was not installed on the studio computer, I performed the reverb on my laptop. With a simple routing job from Logic to Max and back via Soundflower I had five channels of output, the original stereo and the three reverbs, along with three channels of the dry sends to the reverb plugins being recorded. The stereo and wet channels went through the patchbay into the desk, and from there to the appropriate surround monitors. The moment I pressed play, the superior monitoring and room treatment revealed more detail and depth in my recordings than I had ever heard before. Thankfully no appalling and previously unheard mistakes materialised, though there was clearly much work to be done.

With the monitoring up and running, I performed the reverb, tracing both the wet and dry signals in Logic. The reverb was Space Designer with the Europa IR from the Acousticas Bricasti M7 library. I then bounced the files out of Logic and copied them to the studio computer for mastering. I had had the intention of taking the dry reverb tracks and running them through the System 6000, but my total lack of Pro Tools HD routing skills let me down. (See here for things I should have found simple…) That was a pity, because the 6000 reverb is the finest I’ve ever come across. Settling for second best, I used the wet recordings from Space Designer. I set up a Logic session with the five channels going out and back in via the Myteks. The desk made the routing for monitoring and outboard processing a doddle. The stereo track went through the Manley EQ and Vertigo compressor in series, returned across two unused channels and were sent to the DAW and to the left and right monitors. The three effects channels simply came out of the DAW, ran across the desk and back again, and out to the centre, L surround and R surround monitors. In this way, the stereo channel, which makes up the bulk of the piece, got the best possible processing, and the effects channels still had the channel EQ and assignable dynamics available, though these were found to be unnecessary.

Because the piece is based heavily on live transpositions, the biggest job in mastering was to handle piercing high frequencies and massive subsonic energy. The sheer force of some events outside the range of normal hearing was causing unwanted triggering of the compressor, not to mention the standard subwoofer flapping and high end ear pain. Fortunately the Manley handled it all like a champion. After a bit of E-Series on the desk to broadly level things out a little, the Manley’s high pass took care of the rumble and compressor triggering, and the EQ turned what had been a tough listening job, with frequency stabs all over the place, into a very musically unified whole. It’s a very flattering and deceptively powerful piece of kit. Even small tweaks at extreme frequencies brought noticeable improvements.

Compressing the output of the Manley with the Vertigo was an equally painless and fruitful experience. In two separate passes I used a broad, low ratio squeeze to tighten things up a bit for the 5.0 mix, and after summing all five channels to stereo I squashed the whole thing with a high ratio and mid threshold for video use. Both were very forgiving and it always seemed like the boundaries of aesthetic taste would make themselves felt long before the circuitry of the unit became too apparent in the sound. Because I habitually record live performances at low levels to ensure against clipping, I had to raise the level of the signal overall. I chose to do this with the Vertigo’s makeup gain rather than by digital normalisation, and the benefits were great. The post makeup sound was denser and more unified than the plain recording, with a tangibly warmer overall sound. Lastly I boosted the reverb channels on the desk faders to compensate for the increased stereo level. After a few last tweaks of various settings, I ran the 5.0 mix into Logic, and reset everything to mix those tracks down to stereo.

For comparative purposes, here is a recording of the performance of Sllt. at Inspace two weeks after the sessions documented here. It was roughly mastered in The Russolo Room without the benefit of the analogue mastering chain in the Reid, but with Lexicon PCM96 reverb recorded live, rather than Space Designer. It’s also obviously a different performance. Still, I think the distinctions are clear, with the Reid version sonically superior. Between the sheer quality of the equipment and the listening environment, along with the fast and effective workflow, mastering in the Reid was realised the potential of the work as fully and completely as possible.